The details for this update are as follows:

Season rewards will be awarded based on highest rank gained in The Herald's Trial (Solos or Trios) during the Tidal season.

1. Score in The Herald's Trial (Solos & Trios) will carry over to the new season.

2. Some Kill Score, Survival Score, and Hero Score will carry over to the new season, with a greater ratio being carried over for those with lower scores. 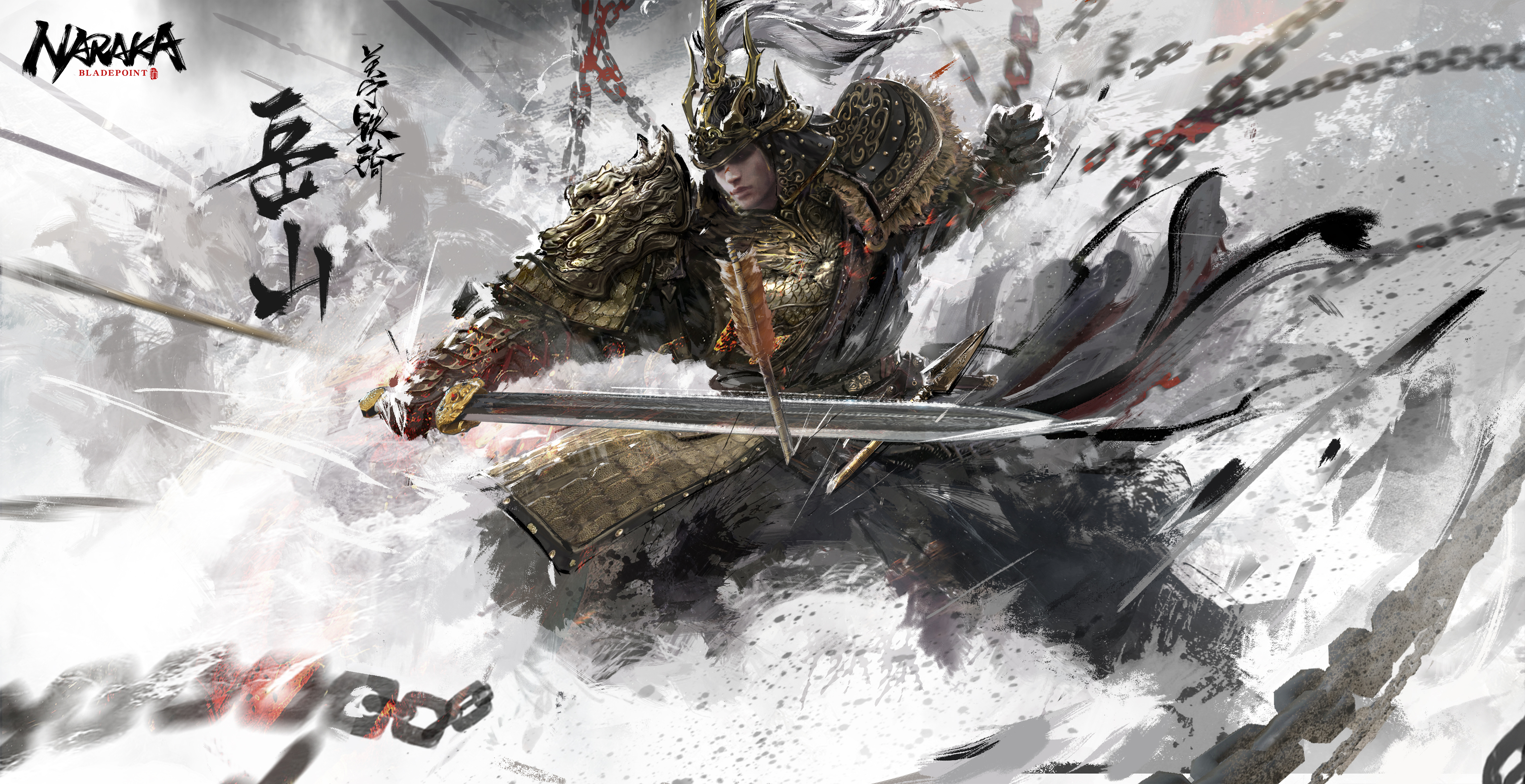 The family glory and arduous training have carved loyalty to Eternia in Yueshan's heart since childhood. When the political conspiracy was about to endanger the stability of the empire and the survival of the family, Yueshan, decided to fight for the true king of Eternia. The heroic soul of the soldiers was rebuilt into the undefeatable incarnation in the ashes. Wuwei Marquis, a youthful general of Eternia is making his entrance on Morus Isle, with his Cavalry army.

1. The startup frames of [Zephyr Wisp] and all its variants will no longer be interrupted by attacks.

2. Removed the damage deduction to armor from all of Temulch's Skills and Ultimates, and adjusted [Zephyr Wisp]'s damage.

Adjusted the damage of [Zephyr Wisp] and all of its variants when tossing up enemies in the air from “dealing 50% damage to health and 25% damage to armor” to “dealing 37% damage to enemies”..

3. Removed the effect of energy deduction when [Zephyr Wisp] or any of its variants hit an enemy.

4. Greatly reduced the thickness of [Zephyr Prison] and all its variants, and increased the [Slowed] effect when enemies passing through it. ([Slowed]: Consume all energy and greatly reduce energy recovery speed for 4 sec.)

//Dev Note: Temulch's ultimate has made him the most picked hero in multiplayer modes. We want enemies to think twice before passing through Zephyr Prison rather than being easy targets after being staggered. With this change, the barrier can be easily crossed, but energy will be consumed.

1. Increased the Clash distance and stagger duration of enemies when they attack Tianhai’s [The Divine Bell] or any of its variations.

//Dev Note: Under some circumstances, the enemy's clash stagger duration will end before Tianhai’s skill [The Divine Bell] finishes. Owing to this, we have adjusted the stagger duration and clash distance so that the fighting of two sides can more balanced.

2. Adjusted how damage is calculated while in Vajra form.

//Dev Note: As Tianhai deals bonus damage to armor while in Vajra form before, it has been difficult for players to gauge exactly how much damage is dealt. Thus, we have removed this bonus damage and instead increased its basic damage, with the total damage remaining unchanged.

4. Removed the stagger animation when dropping below a certain health threshold while in Vajra form.

5. When grabbing and slamming two enemies into the ground, the ultimates will no longer be interrupted if an enemy struggles free of Vajra.

//Dev Note: As players are getting increasingly familiar with Titan's Call and its mechanics, some of its shortcomings have become more apparent. So we have reevaluated Titan's Call and come up with the aforementioned changes.

6. Removed the Vajra's weak spots in the initial [Titan's Call].

8. Reduced amount of health recovery when grabbing and slamming an enemy into the ground in the [Titan's Call: Heal] from 1, 500 to 1,000.

//Dev Note: [Titan's Call: Heal] has proved to be slightly more powerful than other talent choices. We're therefore adjusting some of the ultimates to make them more balanced.

//Dev Note: Tarka Ji has been lacking cooperative ability in multiplayer modes. Owing to this, we have increased his contributions to the team without increasing his power in solo battles.

//Dev Note: [Blackout: Frenzy] granted both a boost to damage and energy recovery, which coupled with the strong survivability and made the ultimate’s position a bit blurry. However, we want to better differentiate it from [Blackout].

5. Removed the armor damage multiplier of “Evasive Strike” and “Lethal Descent” from all skills s and the skill [Inner Fire: Bide]. We've also increased the base damage of all of these.

//Dev Note: With bonus damage to armor, it has been difficult for players to gauge exactly how much damage is dealt. Thus, we have removed this bonus damage and instead adjusted base damage, with the total damage remaining unchanged

1. Slowed down the landing timing of horizontal jump strikes.

1. [Dreadful Wail] added a sound prompt and special effect of the combo in Leap Strike.

2. [Dreadful Wail] Leap Strike is no longer a Focus move.

1. Improved the recovery frames when using Vitalia and Armor Powder.

2. After a successful counter, if players get hit by a Focus attack, they can now trigger another counter or dodge immediately to interrupt it

1. In The Survival trios, the 1st Shadow Corruption starts shrinking after 5 minutes (was 4 min 30 sec).

2. The 1st Shadow Corruption shrinking duration is decreased to 240 sec (was 270 sec), and the shrinking range is reduced.

4. The next Shadow Corruption spread will be viewable immediately when it stops spreading.

1) Delayed the start time of the 1st Shadow Corruption spreading in Trios. This aims to alleviate not having enough time to search for resources as initial battles sometimes last quite long.

3) The next safe zone's location will be viewable earlier than before so that players can plan out rotation ahead of time.

1. Added the new Winner Spectate function: the winner of the battle will automatically start spectating other players after defeating the opponent. Players can quit the spectating anytime, or reenter the spectating through Match Schedule.

4. Upon entering the final, the heroes and weapons you used during the previous three rounds will now be automatically selected. You may change your setup before the timer runs out.

5. You can now gain weapon proficiency in Bloodsport.

//Dev Note: We adjusted the gaming pace of Bloodsport and will continue to optimize in upcoming versions.

1. We've added rich resources areas that will appear at random. These will be highlighted on the map and viewable while selecting your spawn location and during the course of the match.

//Dev Note: The five main areas are no longer certain to be rich in resources. Be sure to check your maps before landing on Morus Isle!

I. Adjusted the Stats display when entering the match.

Statistics will be displayed in all modes. The Stats will be aligned with the current mode rather than all Stats of trios and solos.

II. Adjusted the difficulty of some hero Cultivation Quests, taking them more in line with expectations:

1. Kurumi and Yoto Hime now only need to complete 8 Prayer quests (was 10).

2. Temulch and Tianhai now only need to complete 8 Blessing quests (was 10).

1. Added a toggle for Soulbloom Essence to The Herald's Trial mode.

2. Added the option to randomize the Environment.

3. Added settings for Nearby chat.

Note: Rewards may only be redeemed up until 24 hours after the event ends, so don't leave it too late!

1. The [Cavalry] BATTLEPASS is now available with plenty of rare items and cosmetics! Players can also unlock Advanced Hidden Treasures for even more rewards!

The new cosmetics will become available on November 11.

Added new custom content in Party Display! This includes new bases, gestures, and backgrounds! Collect all manner of custom items to kit out your heroes!

Added new custom hairstyles which you can acquire during the new season! Collect them and customize your heroes!

Added gestures exclusive to Valda Cui. We've also created a range of new expressive emotes which you can equip and use in-game!

Added a bunch of new avatars for you to collect during the new season.

How to Use Vouchers:

You can use vouchers in the Cashier menu when buying items at the Store.

How to Get Vouchers:

You can redeem [Lucky Voucher Treasures] during the [Autumnal Parade], which contain one of the following vouchers:

Vouchers will expire on:

Note: Vouchers will become invalid after expiry, so don't leave it too late!

1. Fixed a bug where the background music would stop when a player died in the Bloodsport final.

2. Fixed a bug where enemies would always be knocked from the same direction when hit by Tarka Ji's [Inner Fire: Gigaflame].

3. Fixed a bug where enemies would always be knocked from the same direction when hit by Valda Cui's [Nether Nightmare] horizontal strikes.

4. Fixed a bug where enemies couldn't counter Tarka Ji if he charged up a move and quickly dodged while affected by his ultimate.

5. Fixed a bug where some heroes cannot release skills when being hit.